All our professionals at Tipton and Unroe maintain the highest levels of accreditation and pursue ongoing education to stay abreast of the latest trends in podiatry. 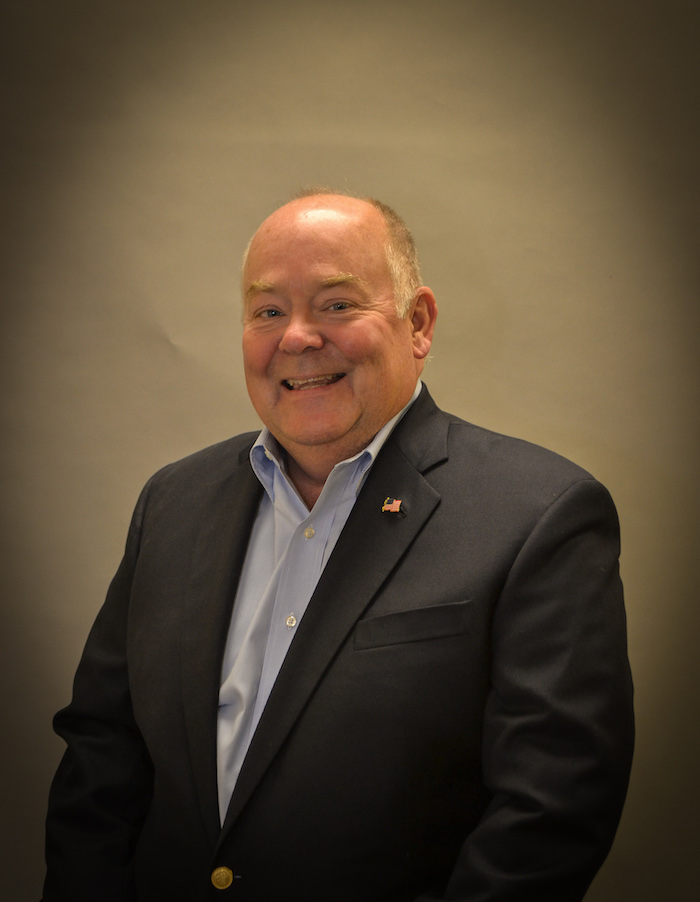 Dr. Unroe moved to Louisville in 1992 to practice Podiatric Medicine with Dr. Tipton. He graduated from Miami University in 1984 with a dual Bachelor of Arts in Zoology and Political Science. His Doctorate degree was from the Ohio College of Podiatric Medicine in 1989 and then he underwent a three year reconstructive surgical residency program at Wayne State University's Detroit Medical Center. He is currently an officer of the American Diabetes Association and holds the position of President-Elect Health Care and Education of the Southern Region. He is married to Dr. Lilly Unroe and they have 3 children. Drs. Tipton and Unroe together as partners have developed a successful practice which specializes in courteous, efficient and comprehensive foot and ankle care. 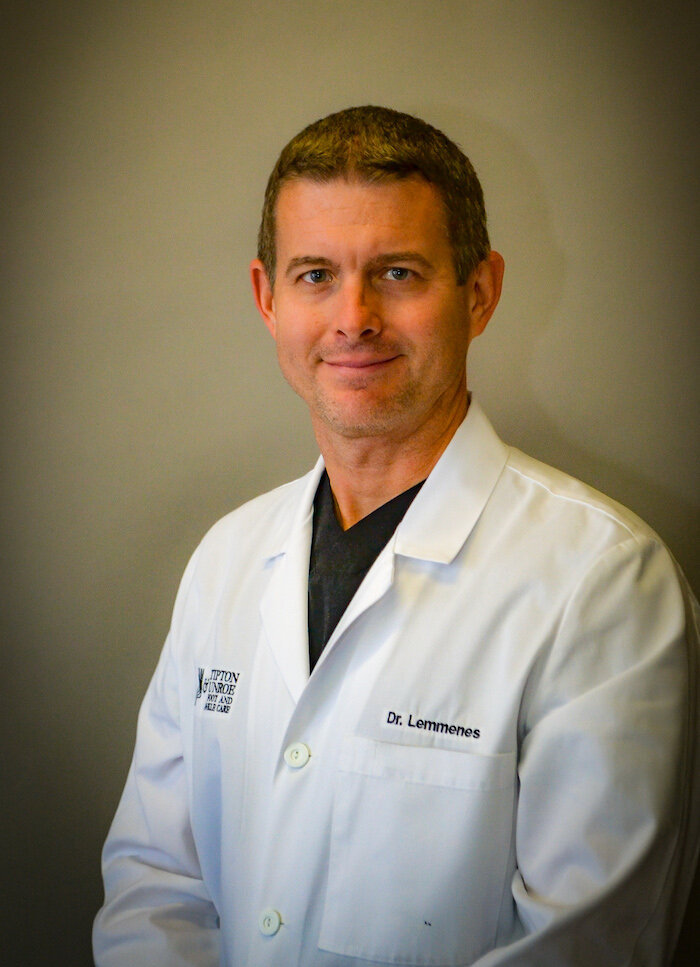 Dr. Lemmenes moved to Louisville and joined the practice in 2004. Dr. Lemmenes and his wife are both graduates of the University of Evansville in Indiana. He obtained his Podiatry degree from the Scholl College of Podiatric Medicine in Chicago in 2002. His surgical training was completed at St. Vincent Mercy Medical Center in Toledo, OH. In his spare time he enjoys running, water skiing and football. 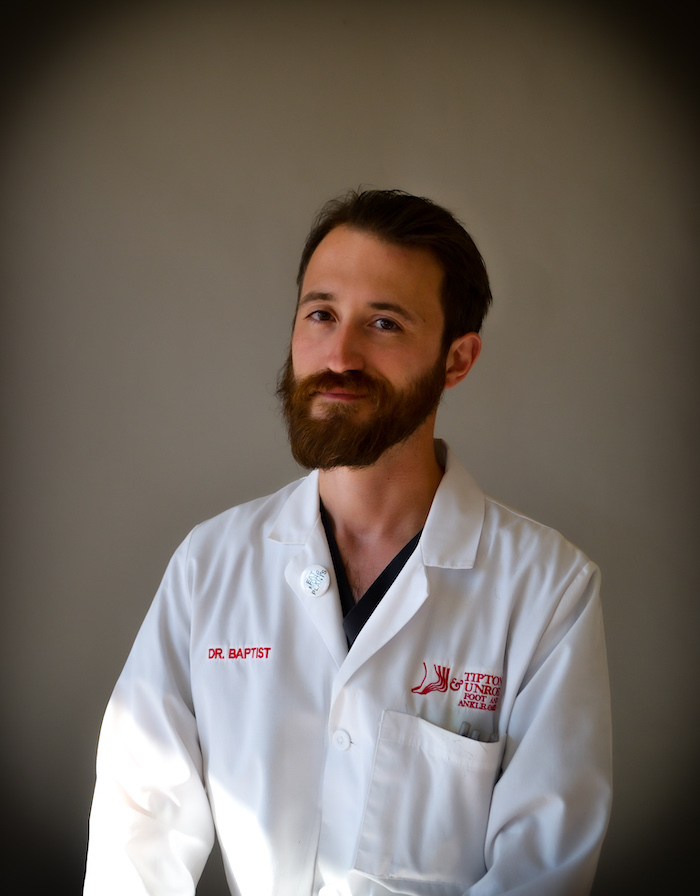 Dr. Christopher Baptist joins us from Illinois and is a welcomed addition to our surgical team. Dr. Baptist graduated Magna Cum Laude from the University of Illinois and then went on to receive his Doctor of Podiatric Medicine Degree from the Scholl College of Podiatric Medicine. He completed his Reconstructive Rearfoot and Ankle (RRA) residency at the St John Hospital and Medical Center in Detroit, Michigan where he logged nearly 2000 foot and ankle surgeries. Dr. Baptist is Board Certified by the American Board of Foot and Ankle Surgery, he is a Fellow in the American College of Foot and Ankle Surgeons and has been elected to serve on the Kentucky Podiatric Medical Association Board of Directors. His specialties include elective foot and ankle reconstructive surgery including Total Ankle Replacement (TAR), congenital or acquired deformity correction, surgical revision and trauma. Outside of the office, he is a sponsor of the Louisville City FC and enjoys supporting his local teams. In his spare time, Dr. Baptist enjoys exploring the outdoors, gardening, and spending time with his wife, his pet mini-pig and three dogs. 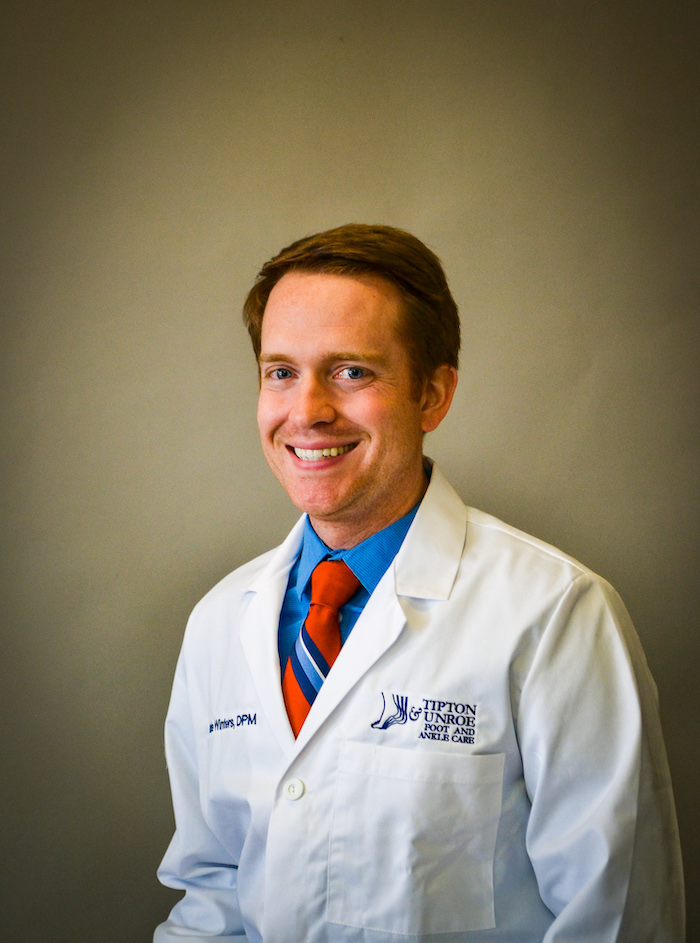 Dr. Nate Winters joined the practice in 2020. An Ohio native, Dr. Winters completed his undergraduate degree in chemistry at Mount Vernon Nazarene University and received his Doctorate of Podiatric Medicine from Kent State University College of Podiatric Medicine. He then went on to complete a three-year residency at the Department of Veteran's Affairs Medical Center in Dayton, Ohio, where he received extensive training in foot and ankle surgery and diabetic limb salvage. Dr. Winters specializes in treating diabetic foot infections and wounds but enjoys treating all conditions of the foot and ankle. Outside of work, Dr. Winters enjoys running, biking, working on cars, and spending time with his wife and children.

Find us on the map

We encourage you to contact us whenever you have an interest or concern about our services.